FareShare scoops a Charity Award for Surplus with Purpose

FareShare’s pioneering Surplus with Purpose scheme has been recognised with a leading award for its environmental benefits.

The scheme helps redistribute unsold good-to-eat surplus produce from farms to people who need it most, rather than let it go to waste. The extra costs involved in picking, packing and transporting their surplus mean it is often cheaper for famers and growers to let unwanted surplus produce rot in the ground, use for biofuel or send to landfill.

Surplus with Purpose helps cover those extra costs to help get that surplus produce to people. The scheme was set up by FareShare in 2019, with a one-off government grant of £1.9m, and has been kept going through other funding, including a significant gift from the Julia and Hans Rausing Trust. It now accounts for a majority of all the food FareShare redistributes to its network of nearly 10,000 charities across the UK. In 2021-22, FareShare redistributed nearly 130m meals – that’s 4 meals every second.

Now, Surplus with Purpose has been awarded the 2022 Environment and Conservation Charity award. The prize was awarded at a ceremony on Thursday 16 June 2022.

Judge Sarah Ellis considered the programme to be 'grassroots-up, entrepreneurial, innovative and making change at different layers across the sector. It punched above its weight.'

Lindsay Boswell, Chief Executive, FareShare said: “We’re absolutely delighted that Surplus with Purpose has been recognised for its environmental benefits, with this prestigious award. It is testament to everyone at FareShare and the businesses who work with us through the scheme.

Given the choice, we know that farmers and growers would much rather get their unsold surplus food to people, rather than see it go to waste. But there’s still more than 2m tonnes of edible produce thrown away in the UK each year. And that’s happening at a time when the cost of living crisis is meaning more families than ever before are struggling to get enough to eat.

Despite the obvious need, the government isn’t currently funding food redistribution in the UK. If it did, we could get so much more of that unsold nutritious food to people who need it most.” 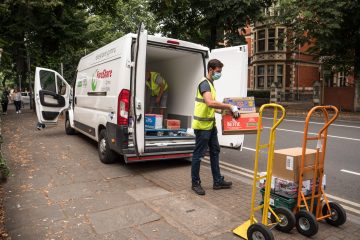 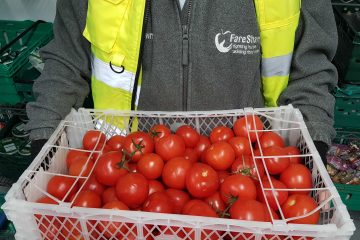 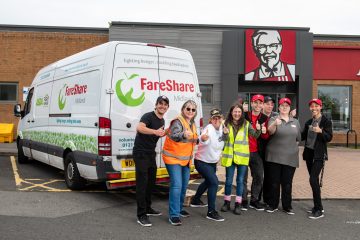 FareShare and KFC team up to redistribute surplus food