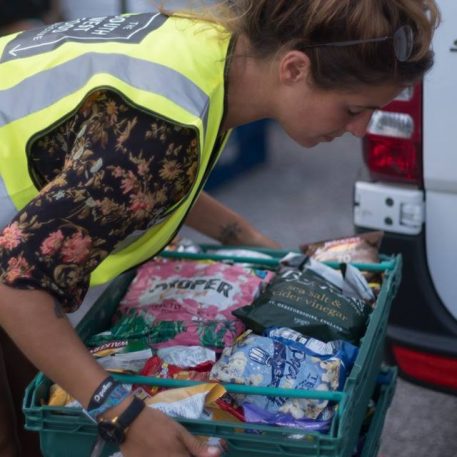 FareShare works with the food industry to redistribute large quantities of surplus food to charities that turn it into meals. Although we don't work with individual donations, we know plenty of amazing charities that do, including the The South West Food Collective, headed up by our very own Community Co-ordinator for Cornwall and Devon, Sophie Napper.

“We saved 535 kg of food from going to waste and delivered it to a FareShare charity in Exeter that supports multiple charities. We usually operate at festivals in two ways – firstly by approaching traders for their surplus after the event has ended, and secondly by setting up a drop point (or multiple ones) where exiting customers can leave/donate food they no longer want. The amount of food is honestly staggering, and it is mainly packet goods which are fantastic in terms of quality and shelf life. I estimated that based on average RRP prices for food we saved around £11,000 worth of food in 2017 and 2018 combined and have yet to add this year’s figures.”

Travelling to festivals around the UK, Sophie and her team of volunteers collect food surplus food from festivals and redistribute it to charities.

"I set up The South West Food Collective two years ago after being approached by Bestival to help them tackle their food waste on site," says Sophie. "Since then we have worked at four festivals – Bestival (2017 & 2018) and 2000 Trees in (2018 & 2019). We recently went to Camp Bestival and have been approached to work at more festivals next year – Reading, Latitude and Wireless in London."

These charity groups are exactly the same sort of charities that FareShare supports and, thanks to Sophie's connection with FareShare, one of our own FareShare Go charities received surplus food from the 2000 Trees Festival in Cheltenham.

Find out how you can get more involved and support FareShare here. 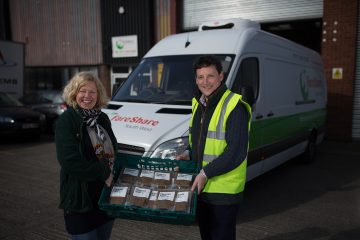 Thanks a million, Asda