Our Work With Coca-Cola

Coca-Cola and FareShare began working together in January 2014 to ensure that their surplus drinks are put to the best possible use. 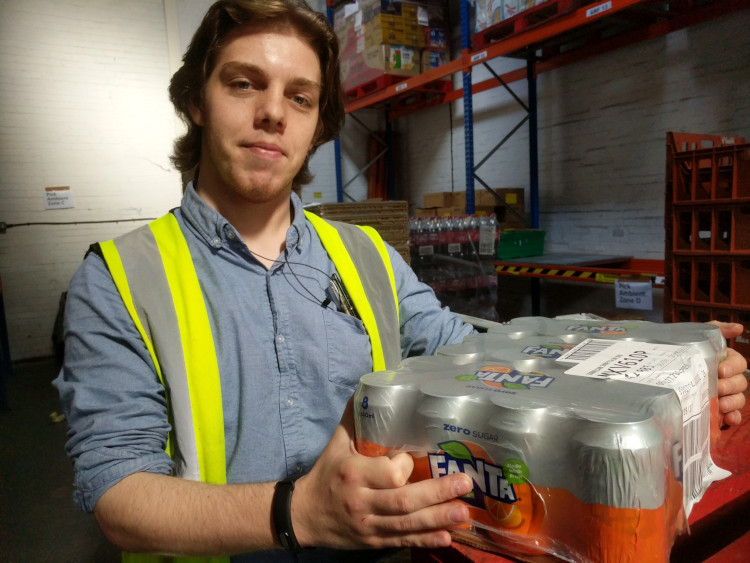 There are various instances where surplus drinks occur, which means that they can’t be sold and are therefore made available for FareShare to redistribute to our charity members across the UK. Examples of this include printing errors, packaging errors, and drinks that are that are under the minimum life requirement criteria for retailers.

Coca-Cola supplies FareShare with surplus drinks from across their range, including Coca-Cola (all variants including low and no sugar options), Schweppes lemonade, Fanta and Abbey Well water. FareShare redistributes these surplus drinks alongside a wide variety of mostly fresh produce, to frontline charities and community groups, so they can serve up nutritious, balanced meals alongside life-changing services and support that helps to address the causes of hunger and get people back on their feet.

When surplus stock is identified, Coca-Cola deliver the drinks directly to a selection of FareShare’s 21 Regional Centres across the country, depending on where the products are most needed at that time. FareShare deal directly with the Coca-Cola national transport department based at the Nottingham site to co-ordinate deliveries.

To date (2014 – 2016), Coca-Cola has supplied more than 500 pallets of surplus drinks to FareShare. Both Coca-Cola and FareShare are committed to developing our partnership further, so that even more surplus stock is captured and put to good use.

Mark Varney, Director of Food at FareShare says: “We are proud to work with Coca-Cola to ensure that none of their drinks go to waste. To have one of the most well-known companies in the world trust us with their surplus stock is testament to FareShare’s strict traceability and compliance processes, which ensures brand integrity and that the products get to where they are needed most.” 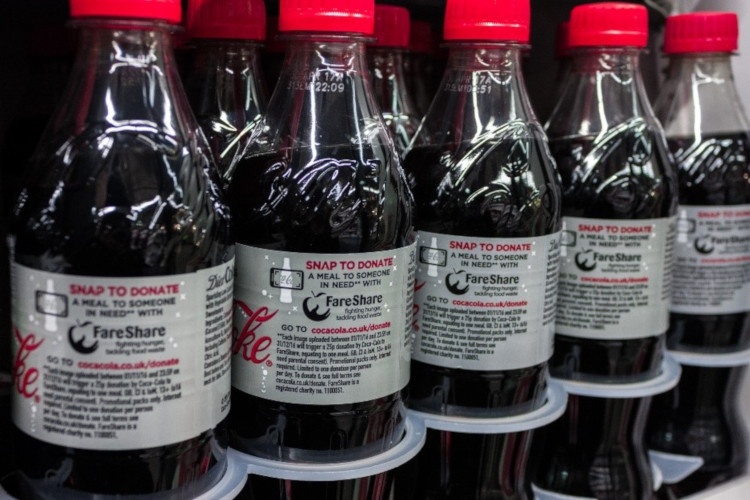 In addition to preventing their drinks from going to waste, Coca-Cola and FareShare expanded our partnership by collaborating on a 2016 Christmas on-pack promotion.

Consumers were encouraged to ‘Donate a Meal to Someone in Need’ by simply taking a picture of the FareShare logo on their promotional bottle and uploading it to a dedicated website. Each photo uploaded triggered a 25p donation to FareShare, which enables us to provide a frontline charity with enough food to serve one meal to someone in need.

The promotion ran across 30 million promotional packs of 500ml and 1.25l Coca-Cola Classic, Coca-Cola Zero Sugar and Diet Coke sold in all major retailers and convenience stores. The promotion raised more than £83,000 for FareShare – that’s enough money for us to provide frontline charities with enough food for over 300,000 meals for vulnerable people.

Aedamar Howlett, Marketing Director at Coca-Cola Great Britain, said:
“We are a long-standing partner of FareShare and we’re very proud to have supported the amazing work they do with our Christmas campaign. By putting the FareShare logo on our packs and engaging people in the process of donating, we’ve helped raise awareness of an important cause as well as donating thousands of meals to people in need.”

If you’re a company with surplus food contact our Food Team to find out more.

“We are a long-standing partner of FareShare and we’re very proud to have supported the amazing work they do with our Christmas campaign. By putting the FareShare logo on our packs and engaging people in the process of donating, we’ve helped raise awareness of an important cause as well as donating thousands of meals to people in need.”